The list of challenges to human rights in the 21st century is long. Climate change threatens fundamental human rights, such as the right to food, water or adequate housing. Austerity measures sacrifice the public’s right to social security, health and work in an attempt to balance state budgets. Global supply chains exacerbate the challenge to hold businesses accountable to their obligations to protect the rights of workers, consumers and local communities affected by their actions. Through close collaboration with OHCHR, the Treaty Body System, Special Rapporteurs and civil society we work to strengthen the promotion and protection of human rights through the United Nations system.

GeCCco, the Geneva Climate Change Consultation Group gathers civil society organizations working in Geneva to bring forward the human rights issues raised by climate change and to introduce these climate change issues in the work of the Geneva-based UN Human Rights Bodies. What started as a regular coffee meeting has developed into a more structured discussion, sharing of views, and launching ground for joint initiatives.

Civil society organizations (CSOs) have identified and raised issues about the human rights challenges related to climate change already at the time of the previous UN Commission on Human Rights1. This work took a new dimension with the creation by the UN of the Human Rights Council (HRC) in Geneva in 2006. CSOs supported the first Resolution of this Council on climate change, when tabled by the Maldives in 2008 (Resolution 7/23). It was followed in 2009 by the first report of the Office of the High Commissioner for Human Rights (OHCHR). In 2010, the UN HRC Social Forum dedicated its 7th meeting to the adverse effects of climate change on human rights, where CSOs filed a petition asking for the creation of a Special Rapporteur on human rights and climate change. It’s in September 2021 that the HRC established the new mandate of “Special Rapporteur on the promotion and protection of human rights in the context of climate change”.

In parallel to these developments, UN Special Procedures produced an increasing number of reports on how climate change affected or related to a wide number of human rights, based on information from civil society organizations on the ground. UN Treaty Bodies also received alternative country reports including climate change related matters, encouraging them to develop their jurisprudence on the human rights obligations of States, relating to climate change issues.

In 2015, one of the first preparatory meeting toward the UNFCCC COP21 in Paris, took place in Geneva, in the room in front of the HRC. It provided a unique opportunity to open the discussions, which led in Paris to the inclusion of the human rights paragraphs in the Preamble of the Paris Agreement, adopted at the end of the year.

1 See the conference room paper considered in 2004 with regard to the human rights aspects of the problem of States that will disappear for environmental reasons and the “Expanded working paper by Françoise Hampson on the human rights situation of indigenous peoples in States and other territories threatened with extinction for environmental reasons” (E/CN.4/Sub.2/2005/28 16 June 2005).

In order to be able to push for and contribute to stronger action on human rights and climate change, as well as monitor it, the initial nice coffee meetings needed to be upgraded. This led to the creation of the GeCCco, which kept the open and informal character of the initial discussions among the participating organizations.

The GeCCco meetings provide a moment of collective thinking and strategizing:
•    Sharing information and updates, about the work of the UN human rights bodies in Geneva, as well as the other relevant institutions in Geneva (such as IOM, PDD, UNDRR, etc.);
•    Sharing analysis and expertise on climate change & human rights issues;
•    Envisaging how to strengthen the attention given by the human rights bodies & other concerned IGOs based in Geneva to the impact on human rights of climate change and response policies;
•    Developing or contributing to collective civil society actions addressing HR bodies & concerned IGOs in Geneva;

The GeCCco has benefited since its beginning of the logistical support of the Friedrich Ebert Foundation’s Geneva Office (FES), where it holds most of its meetings. It keeps close ties with other concerned civil society platforms in Geneva, such as the Geneva Interfaith Forum on Climate Change, the Environment & Human Rights (GIF).

The GeCCco also keeps a close eye on the UNFCCC processes thanks to the NGO Working Group on Human Rights and Climate Change, the oldest and main coalition on this matter, to which a number of the participating organizations are also member. 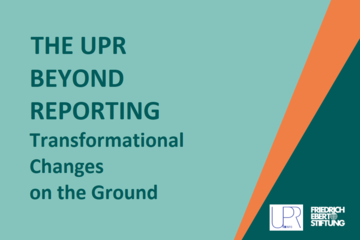 New Study "The UPR: Beyond Reporting"

17 case studies on the impact of the UPR process 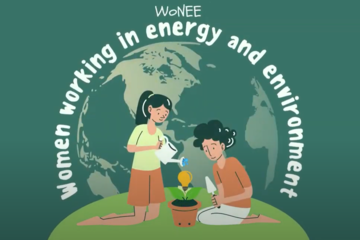 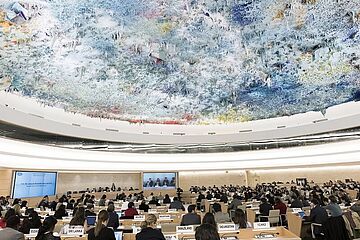 Transformational Changes on the Ground 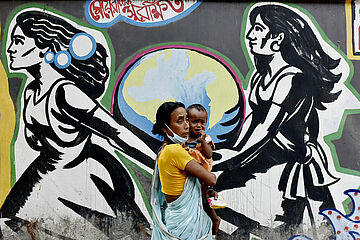 Established in some countries of the Global North and in major international organisations, feminist policies have been put into action to target and…

A brief for the case of Nepal and Uganda
Bonn/Geneva, 2022 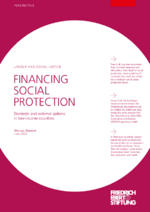 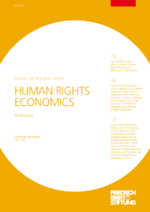