After long years of negotiations for accession, Russia became member of the WTO in August 2012. 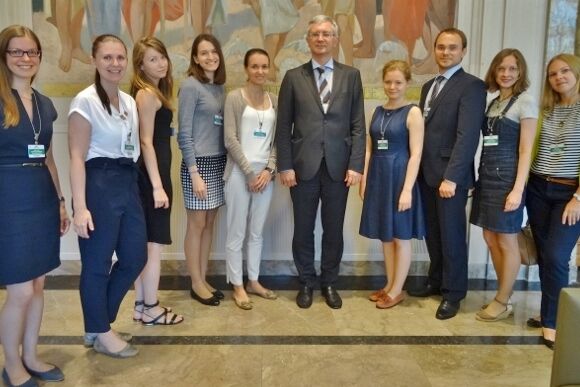 Around ten journalists from Russia were invited to get first-hand information about the multilateral trading system - inside and outside the World Trade Organization. The focus of this year’s seminar was lying on the consequences of Russia’s accession to the WTO in the area of market access and the relationship between the WTO and the EEU. The seminar was organized in close collaboration between the WTO, FES Geneva and FES Russia.